When you have been charged with a crime, your freedom and reputation are at stake. It is very important that you consider hiring a lawyer who you can trust.

Kyle Bristow gained invaluable experience while working at the Toledo Public Defender's Office, at which he defended hundreds of clients charged with misdemeanor crimes.  When he took the multistate portion of the Ohio bar exam, he scored in the 98th percentile for criminal law and in the 97th percentile for evidence.

As your lawyer, Attorney Kyle Bristow can defend you if you have been charged with:
If you or a loved one has been convicted of a crime and is currently incarcerated, Attorney Kyle Bristow may also be able to file a petition for judicial release, which permits the early release of the individual if granted by the judge.

A low tier, first time conviction of driving while intoxicated in Michigan carries up to 93 days in jail, a $500 fine, 360 hours of community service, a 180 day license suspension, and six points on one's driving record.  The possible penalties only increase if the person is a repeat-offender or if they are caught with a high amount of intoxicants in their system, which is defined by law.

Ohio's traffic laws are codified in Section 4511 of the Ohio Revised Code.  The relevant subsections of Section 4511 that pertain to operating a vehicle while under the influence ("OVI") are:
Judge Jennifer P. Weiler of the Garfield Heights Municipal Court has created a chart that lists the possible ramifications for operating a vehicle while under the influence.  For a low tier, first time OVI conviction, a defendant faces up to six months in jail, a fine of up to $1,075, court-ordered alcohol counseling, a driving license suspension of up to three years, restricted license plates, an ignition interlock device installed on your vehicles, active probation for up to five years, and six points on your driving record.  If a person is convicted of OVI who has been convicted of it before or if the person is caught with an amount of intoxicating substances of an excessive amount as defined by law, then the possible punishments increase.

Pursuant to current Ohio law, a conviction of OVI is not eligible for expungement and sealing.

Needless to say, laws that concern drunk driving are verbose, convoluted, and carry significant penalties, and so it is critical that a layman who is charged with driving while under the influence immediately and privately consult with an attorney.

In Ohio and Michigan, some criminal records can be sealed. In most cases, a sealed criminal record will not show up during background checks. This can be invaluable when it comes to applying for a job. In fact, for most employment opportunities, an individual who has had a criminal record sealed may even mark on job applications that they have not been convicted of a crime when said crime has been sealed.

Did you know that if the government filed criminal charges against you that were either dismissed or resulted in a "not guilty" verdict, such entries may still show up in your records? It is often advisable to seek the sealing or expungement of such entries for employment purposes.

Ohio's post-conviction relief statutes can be found in Chapter 2953 of the Revised Code.

In order for one to qualify for the expungement and sealing of an adult criminal record in Michigan, one must have only one criminal conviction on one's record, but exceptions to this rule do exist, which includes having up to two minor misdemeanors.  An offense is a minor misdemeanor if the maximum possible punishment was up to  90 days in jail and a fine of up to $1,000, and the offenses happened when one was under 21 years of age.  A criminal case in which guilt was deferred does not constitute a conviction that would preclude a criminal record expungement.  Offenses that cannot be expunged in Michigan include:  traffic offenses; criminal sexual conduct of the first, second, or third degree; and felonies punishable by up to life in prison.  If one is otherwise eligible for a criminal record expungement in Michigan, the conviction must have occurred at least five years from the date one was sentenced or when one was released from imprisonment—whichever is later.

Please contact Attorney Kyle Bristow if you are interested in getting your criminal record expunged or sealed.

In the alternative to a criminal record expungement, you may be interested in seeking a pardon, commutation of a sentence, or a reprieve.  Attorney Kyle Bristow can assist you in filing such a request.

Have you or someone you love lost a criminal or civil case that you or your loved one now wishes to appeal?

Kyle Bristow gained invaluable experience with appellate work during law school while working for Attorney Jason Van Dyke of Texas, who has filed petitions and appeals, respectively, with both the Texas Supreme Court and Texas appellate courts.

Kyle Bristow also participated in the Charles W. Fornoff Oral Advocacy Competition that is annually hosted by the University of Toledo College of Law.  Through this endeavor, he competed against other law students by conducting legal research, organizing the research into a concise argument, and engaging in formal oral debate before panels of three judges.

Through Attorney Bristow's experiences with the Van Dyke Law Firm, his law school's annual oral advocacy competition, and his accomplishments as an attorney, he is ready to assist you in any appellate work that you may need done.

Please contact Attorney Kyle Bristow if you are interested in retaining him to appeal a case.
Home

Licensed to Practice Law in Michigan, Ohio, and the District of Columbia 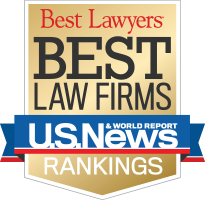